The Premier League weekend kicks off at White Hart Lane where Tottenham entertain the leagues early pacesetters Manchester City. After a slow start to the season Tottenham have come in to a bit of form in the league and are unbeaten in 5 matches, winning the last two against Sunderland and Crystal Palace respectively.

New signing Heung-Min Son scored the winning goal last week against Crystal Palace and with Christian Eriksen returning from injury, Tottenham now look a different side to what they were two games ago. The fact they’ve kept three straight clean sheets also stands them in good stead.

Manchester City on the other hand suffered a shock first defeat of the season last week to the hands of West Ham, but it would be risky to write them off with the quality that they have at their disposal, with David Silva out and Vincent Kompany a doubt it will take some effort to walk away with all 3 points from a more resilient Spurs side, although the game is too risky for me to get involved in betting wise I am predicting the match to end a draw. 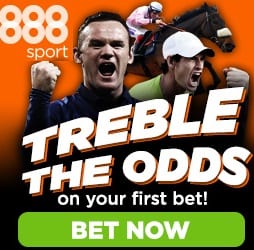 The pick of the 3 o’clock kick offs is arguably Leicester v Arsenal. The Foxes have been the surprise package so far this season with Riyad Mahrez being the main man behind their early success, the Algerian has 5 goals and 3 assists up to now and with Arsenal’s defence not keeping a clean sheet he will again be looking to add to his goal tally.

I’m still adamant Arsenal are a team to keep the right side of despite the in and out form, Alexis Sanchez’s form is too poor to be true but the quality players can hit form at the flick of a switch, so although he’s too risky to tip up for first goal scorer he will be one I’ll be having small wager on, despite Leicester’s form I think Arsenal’s quality will shine through and edge this one.

Liverpool are a team under fire based on their current form and Brendan Rodgers will be hoping Wednesday’s League Cup win against Carlisle will push his side on, in what has been a tricky affair over the years against Aston Villa, the away team have been in poor form themselves but a derby win against Birmingham in midweek will give them a much needed confidence boost for the trip to Anfield.

Having watched the reds closely this season I am so frustrated with Rodgers and his tactics it’s unreal. The once quick, neat, pressing football he brought in to the club 3 years ago seems to have evaporated and his tactics so far this term are nothing short of negative and lacking cohesion.

Strangely I think this is the perfect game for Rodgers to try and win back a small amount of backing from the fans as I was certainly not impressed with Villa in midweek, despite their victory and with the exception of Jack Grealish I don’t see a huge amount of creativity from their ranks.  It’s a tricky game to get involved in, however with the likelihood that Liverpool won’t keep a clean sheet I think 2-1 is well worth a cheeky dabble at 17/2.

Manchester United are yet to convince me that they are title contenders but the form of new signing Anthony Martial has lifted everyone at Old Trafford, although for me his chances have largely been gifted to him, his finishing of those chances has been similar of one Robbie Fowler, although it’s early days his large price tag is not looking such a high price as things stand. With everything in his favour he is my first goal scorer bet at 7/2 general price.

The late kick off on Saturday sees Chelsea travel to struggling Newcastle United. Chelsea will be high on the back of their London Derby victory over Arsenal last weekend, but will have to make the trip to St James’ Park without their talisman Diego Costa which is a big blow, that blow however will put the emphasis on Eden Hazard and co which could well bring the best out of them.

Hazard looks a big price for first scorer at 6/1 but similar to Sanchez, he comes with too many risks to tip up right now. Newcastle are a team I think will be fighting out the relegation battle come the end of the season so if Chelsea expect to compete at the top of the table then they should be winning this.