Beginners Guide to the Grand National

At Cash Out Betting Sites we not only point you in the right direction to find the best in cash out betting, we also like to think we can help you on your way to that winning bet, which is why we’ve put together this Beginners Guide to The Grand National, courtesy of Dave Moore our in house hot tipster.

Beginners Guide to the Grand National

Aintree is home to the greatest and largest event of the horse racing calendar, the Grand National. The Grand National has been going since 1839 and is raced over a grueling 4 miles and 3 ½ furlongs, including over 30 testing fences. 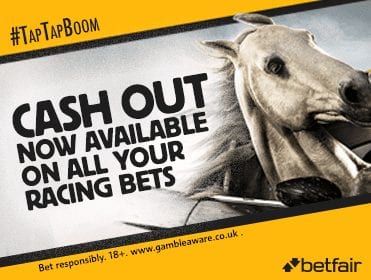 Each fence has its’ own character with some reaching celebrity status in themselves. For instance, Bechers’ Brook takes its name from Captain Martin Becher who fell there in the first Grand National and took shelter in the small brook running along the landing side of the fence, while the remainder of the field thundered over. It is arguably the most feared fence in jump racing with the landing side having a larger drop than the jumping side.

How to Pick a Grand National Runner

This is where our beginners guide to the Grand National really comes in handy, as we talk you through the major points of making your selection.

The Grand National is renowned for being a race that is tough to find the winner, with such a large field anything can happen including the possibility of the best horses in the race being taken out of the race through no fault of their own. Everything has to fall right for any horse to win or be placed in the race.

Front Runners/Up With the Pace

Horses that race near the front tend to miss any of the mishaps that can happen in a packed field. Often a horse towards the back of the field can get hampered by horses falling or making mistakes in front of them so I tend to steer clear of horses that predominantly race out the back

Jumping is essential in the National therefore it is worth siding with horses that have not had a fall/many falls in their past races. If your horse struggles at courses like Hexham or Kelso then there is no chance they will be able to jump these larger obstacles. It is also worth looking at horses that have jumped the National fences or similar before (Topham Chase @ Aintree/Cross Country @ Cheltenham)

Although not a trait that I normally take much notice of, the Grand National has not been won by a horse younger than 8 years old since Bogstar’s win in 1940. Therefore eliminating 7 year olds and younger is usually a good starting point.

It is pretty difficult to jump these fences let alone having a lot of weight on your back, in the previous 56 running’s of the National only Red Rum (twice) has won the race carrying more than 11 stone 5 pounds, therefore it is worthwhile eliminating horses with a heavier weight than that.

As a general rule horses rated by the British Handicap Authority at 135 or less are not capable of winning the National.
So there you have it, we hope our beginners guide to the Grand National give you a few pointers to picking your winning horse.

The biggest name in the races history is Red Rum who amazingly won the Grand National on a record 3 occasions, a feat which has not yet been matched.

The race has been famous for other things away from the actual race being won. Back in 1928 an astonishing 41 out of the 42 starters fell or unseated their riders which left a horse called Tipperary Tim to come home at a massive 100/1

Devon Loch is a name famous for clearing the final National fence leading by 5 lengths only to half jump in the air just before the finish line and land on his belly leaving those in his wake to come home ahead of him. Amazingly the horse was on course to complete the quickest time ever recorded in the National.

Foinavon’s 100/1 victory in 1967 was one of the most bizarre incidents to take place in the National, a horse called Popham Down who had unseated his rider at the first fence veered right across the leading group at the 23rd fence, resulting in a massive pile up of horses and jockeys which allowed Foinavon to come through from the back to record a huge shock.

1993 was the famous “Race that never was”. A major lack in communication at the start meant that 30 riders of the 39 didn’t realise the start had been declared void and began to race. Seven riders completed the whole course with Esha Ness coming home in front (2nd quickest time in National history) but it was in vein as the race was void.

The 1997 Grand National was postponed after bomb threats were received however the race was ran 48 hours later on the Monday.