Home » Can the Champions pile pressure on Mourinho?

Can the Champions pile pressure on Mourinho?

There was a little light relief for Premier League teams this week, with league cup ties on Tuesday and Wednesday. The pressure returns though for Jose after a disappointing start, but can he build on the confidence gained from a cup win? Find out in this week’s premier league preview and tips. 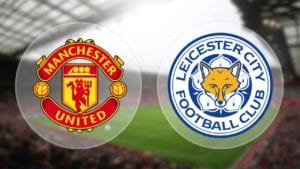 Jose Mourinho and Paul Pogba have come under fire after recent league results, but this is an ideal opportunity for the red devils to get their supporters back on their side.  Leicester have looked a lot better recently, however they were firmly put in their place by Liverpool just a couple of weeks ago.

Marcus Rashford’s inclusion has been pushed for by both the pundits and the fans of late, there would be no surprise should he be given a starting berth by this weekend.  He is a special talent and one that can provide a new lease of life.  With that in mind he is my first goal scorer selection for the week at 6/1, which looks a huge price.

United are going to be part of my acca this week also, as I do feel that despite their poor recent run they hold the quality to edge this one and turn their season around

Saturday evening’s live game sees what looks like a cracker on paper, the London derby between Arsenal and Chelsea at the Emirates Stadium.  Both sides are in excellent form and lie level on ten points apiece in the table.  Arsenal in particular are in a hot streak and will be buoyed by Alexis Sanchez finding his feet at last, their new signings are also beginning to enjoy their new careers.

Chelsea followed up last weekends’ defeat to Liverpool with a 4-2 League Cup win at Leicester, having turned a 2-0 deficit in to victory.

In my opinion Arsenal have the least to prove of the two clubs and could shade this one.  I cannot see this one being a bore draw and I am really looking forward to watching it.

The Hammers have had an awful start to their season, having won just once so far.  They started life at their new home with a shock defeat, but did manage to get their first home win by scoring deep in injury time against Accrington in midweek.

Southampton have won their last three games in all competitions having not conceded a goal, scoring six in the process.  This is a tough assignment for them but it is not hard to see why on paper they would be confident of taking something from the game.

I feel the game has a draw written all over it and I wouldn’t advise against backing on that outcome.