This week sees the return of the most hated week imaginable for domestic league managers, as the international break returns, though it does provide a little respite if you’re a fan of struggling teams like Newcastle.

All the big names from around Europe’s top leagues catch up with their compatriots for the Euro 2016 qualifiers, there’s some exciting International action to look forward to as the race to reach the Euro 2016 finals in France continues. 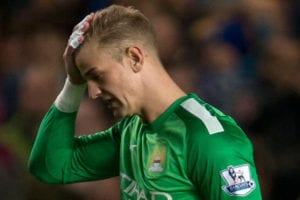 England should in all reality maintain their spot at the top of Group E, as Roy Hodgson’s men will be looking to boost their goal difference with a comprehensive victory as they welcome San Marino to Wembley, but can they improve on the eight goals they put past the minnows in their previous meeting

Elsewhere, fresh from their victory over Andorra, Wales have a tough night ahead as they play host to a gritty Bosnia and Herzegovina side, spearheaded by the deadly Edin Dzeko, who will be hoping to carry his domestic form and help Bosnia and Herzegovina bounce back from a bitterly disappointing defeat against Cyprus.

On Saturday Scotland take on Georgia at Hampden Park and a win would spark their Euro 2016 qualifying campaign in to life, Gordon Strachan’s ambitious squad were unlucky in the previous 2-1 defeat to Germany and will be looking to bounce back in front of their very own tartan army.

In the remaining home nation ties the Republic of Ireland entertain Gibraltar in Dublin and Northern Ireland take on the Faroe Islands at Windsor Park as Michael O’Neill’s team look to sustain a solid start in Group F.

With all of our home nations in action on home soil this weekend and against weaker than usual opposition, it may be the best opportunity to back them all to win at just over 6/1