The world’s oldest domestic cup competition reaches its climax when holders Arsenal clash with Aston Villa on Saturday, so were getting to the stage of planning our bets, with that in mind we thought we would put together a quick preview and our thoughts on the FA Cup Final 2015 betting.

No doubt there will be a lot of betting activity in the build up to the FA Cup final, as per usual there are bound to be a plethora of FA Cup Final Betting Offers doing the rounds from various bookies, some have even been passed to us to exclusively to promote, these can be found below. 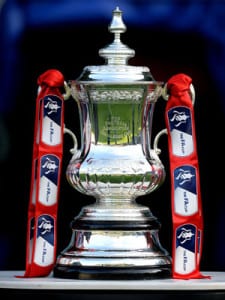 We’ll have more exclusive FA Cup Final 2015 betting offers in the days prior to the big game but you will only be able to receive these by following @pabocouk on twitter.

Despite a season spent close to the brink of relegation, Aston Villa managed to turn out some stellar performances in the FA Cup, including a comfortable Semi-Final win over Liverpool at Wembley, since changing managers back in February.

Tim Sherwood has instilled a bit more confidence and steel in to the Villa team which has made them tricky opposition, even if the result doesn’t end up going their way, which has led to their first FA Cup Final appearance in 15 years.

Arsenal however will be making their fifth appearance of the same time period and have been victorious on three of those occasions, including last year’s final which ended a nine year wait for silverware for the once dominant club.

Since then Arsenal appear to have turned a slight corner, securing an automatic Champions league spot with plenty of time to spare for a change, also showing some emphatic form during long periods of the season.

After making light work of the Villains in both previous meetings this season, Arsenal will be confident of retaining their crown at Wembley, Aston Villa will be hoping the less dominant Gunners will grace the Wembley turf this weekend, if the pacey frontline of Arsenal get firing on all cylinders then the Villains will be in for a rough ride, we expect Villa’s game plan to be to stem the tide of Arsenal’s attack and use Benteke as an outlet to ease the pressure and hopefully nick a goal or two.

Money back as a BONUS BET if Theo Walcott scores the last goal, applies to all losing first/last/anytime, correct score, and score cast markets..

As the game draws on I expect Villa to tire and with Theo finding the net three time at the weekend, this FA Cup Final 2015 Betting offer is definitely worth taking advantage of.