With the amount of press regarding a handful of punters who managed to back Leicester City to win the Premier League, at odds of up to 500/1, it was only a matter of time before the pressure was too much to take and the first one crumbled and cashed in their bet.

We’ll that day is here and we can’t quite decide whether he bottled it, or if there is some method in his madness and he should be applauded.

The Leicester City fan decided he was in a no lose situation and decided to cash out his 5000/1 bet with Ladbrokes, using his winnings to watch his beloved team during the entire title race run in. 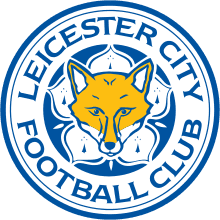 It’s widely believed that the Foxes Fan, a man in his 20’s, is the first to take his money and run, having initially backed City to win at 5000/1 with just a £1 bet he found Ladbrokes offer of just over £1100 too tempting to turn down.

In an interview for Ladbrokes he said “Over a grand is too good an offer to turn down and it will go towards trains and tickets to follow Leicester chase the dream in the title run in. Football isn’t cheap these days and the feeling of winning the league will be priceless anyway.”

In typical real man style he wished to remain anonymous but wait till you hear his reasons for anonymity, not wanting to reveal his windfall on the cusp of Valentine’s Day; “I’d rather keep the cash for football than have my girlfriend find out. I might stretch to 12 roses instead of 6 though.”

The bookies haven’t yet got off easy should Leicester win the league, several other punters still have a bet going, with returns ranging from a potential £33,000 to £250,000.

Since the start of the season the odds has somewhat plummeted after Leicester’s astonishing run, most bookies now have them at 15/8 but Ladbrokes are now 5/2* to win the Premier League this season, promising to be best odds in the industry until their match against Arsenal on Sunday.