After a winning treble through the week, which netted us a nice £53 profit, we’re feeling even more confident than ever about today’s big acca, draw double and goal scorer bets, with the betting gods smiling down on us there’s a lot of money on the table. 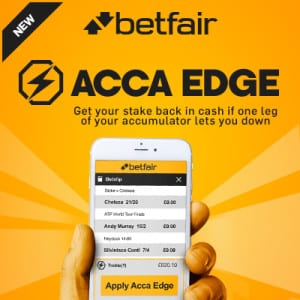 The highlight of this weekend’s Premier League action is at the Emirates Stadium, where top of the table Arsenal take on London rivals Chelsea.

The home side have lost just one game in their last twelve in all competitions, whilst the away side have improved their form since Guus Hiddink took charge, helped by a last minute controversial equaliser from John Terry against Everton last week kept their unbeaten run intact.

Arsenal are set to welcome back Mezut Ozil and Alexis Sanchez just in time for the feisty clash. Despite Chelsea’s return to form they still haven’t been convincing, it will take some turnaround to beat an Arsenal side that have still been getting results without their two main players. At 11/10 they have to be part of the acca this week.

Another big derby this weekend is at the Hawthorns where West Brom entertain Aston Villa. The away side have improved in recent weeks under Remi Garde and are building confidence with each game.

With Villa’s current situation their fans will be looking for a passionate display from their side, which they have not seen too much of this season and have vented their anger accordingly recently. The West Brom side will have been buoyed by their FA Cup win at Bristol City in midweek.

It’s a tough one to call with both teams wanting to win so much, we would tentatively pick West Brom to win although the “draw no bet” pick does attract.

The weekend’s early kicks off is at Carrow Road where Norwich welcome Liverpool. Norwich have conceded 9 goals in their last 3 games whilst Liverpool have not won in their last three Premier League appearances.

Norwich earned a 1-1 draw in the reverse fixture earlier in the season, however their form has recently dipped below the standards they were setting back then.

Liverpool are an inconsistent club at the moment and they are failing to meet the expectations of their fans. However Jurgen Klopp’s side are more than capable of taking the scalp of Norwich and we can see an away win here.