Home » Is Yaya off on a Toure of China

Is Yaya off on a Toure of China

Every year it seems Yaya Toure is linked with a move away from the Etihad, even going so far as manufacturing some animosity. Spitting his dummy out over not receiving a cake on his birthday has to be my favourite reason.

The speculation has been gathering pace since Pep Guardiola’s appointment was announced earlier in the year. The two worked together at Barcelona.

Guardiola often preferred Sergio Busquets in the defensive midfield position, there were also times Yaya was deployed as a centre back. Barcalona openly announced that Toure would be allowed to leave in the summer of 2010, before he eventually settled on Man City.

The Ivorian’s omission from Pep Guardiola’s Champions League squad seems to the final nail in his coffin, but what does this all mean for the future?

Although he is the ripe old age of 33, Yaya has plenty of potential suitors. Toure’s sulky exterior and needy persona doesn’t appear to have put anyone off either. He still possesses the skills and ability of a world class midfielder, his lack of pace also seems to work in his favour.

The Chinese Super League have been snapping up players with the enticement of huge salaries, so as he is at the tail end of his career this could be his preferred option.

In recent weeks Ladbrokes have been slashing his odds of heading to the Far East, with the bookmaker placing odds of just 7/2 on him joining any Chinese team. 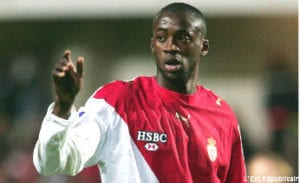 There is still plenty of interest in the former Champions League winner among European teams also. Inter Milan are currently second favourites to sign the big man, the slow methodical game played in the Serie A would suit his style.

But should Yaya want to stay in the Premier League, Ladbrokes have Chelsea and Liverpool in the running for his signature. A return to Monaco is also a real possibility.

Ladbrokes News’ Dave Burin said: “It seems the surly City star could finally be heading for an Etihad exit, and the lure of China could prove tough to resist – especially if there’s a club who’ll guarantee him a birthday cake.”

Yaya Toure – Next Club by end of Summer transfer window: