Its been a while since we at cash out betting sites graced you with a Premier League preview and tips, so this week has an extra special air of enthusiasm to it, our tipster has been in red hot racing form recently so were excited to see how this weeks offerings fair. 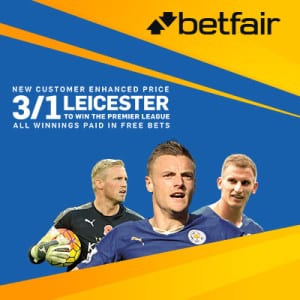 The race for the Premier League title is hotting up with the underdogs Leicester City heading leading Tottenham Hotspur in to the final furlong, the race to Premier League survival is just as tense and exciting.

Norwich have a four point gap over Sunderland going in to Saturday lunchtimes’ game and a win for Gary O’Neil’s side could put the final nail in the coffin for both Sunderland and Newcastle United.  However defeat would give the chasing pair hope of defying the odds.

The Premier League has a knack of throwing up tight situations, the only way that the relegation battle with have one come the end of the season would be if Sunderland take all three points.

Sam Allardyce’s side have not won in their last six fixtures having drawn four times, whilst Norwich have lost just one of their last four games.  This game screams out goals to me, both sides have leaked goals this season, 57 apiece and with both teams scoring more than Swansea, West Brom and Watford above them, I feel this game would be as safe a bet for the “Both Teams to Score” market than any.  I will also add in the over 2.5 goals in to my acca.

West Ham have also had a great season under Slaven Bilic who has purchased one of the league’s real shining lights in Dimitri Payet.  He has proved an absolute bargain and continues to put in consistent high quality performances.  My worries for Leicester this weekend is that West Ham possess something a lot of teams don’t have currently and that is strength up top.  Robert Huth and Wes Morgan have been immense this season but they haven’t come across a rampant Andy Carroll yet.  On his day he is undoubtedly a great talent and his hat trick last weekend should have his confidence at a maximum.  I’ve a bad feeling for Leicester this weekend and I feel West Ham will just have the edge on Claudio Ranieri’s men.

Like most Mark Hughes sides Stoke have proved a Jekyll and Hyde team this season and appear to either be excellent or very poor.  They do however seem to thrive in the big games and this is no exception. So while the odds may be with Spurs, this may be a good game for the double chance betting market.

Tottenham may well be in the situation of being buoyed by Leicester’s dropping of points to West Ham or they may have the wind knocked out of their sails by a Leicester victory.  Either way the pressure is going to be on Mauricio Pochettino’s side and Stoke may be the side to frustrate their opponents.  Marko Arnautovic may return after missing the heavy defeat to Liverpool and if he does Stoke tend to be a different side.

Tottenham will be relying on their main three attackers Christian Erikssen, Harry Kane and Dele Alli.  Alli looks to have a huge future ahead of him and if Spurs are to get anything from this game all three named above will have to be 100% on their game.  If they are it will take a very resistant Stoke defence to stop them.

A draw could be the way to go betting-wise