Well it’s been a month since I started offering my in depth knowledge and tips at Cash Out Betting Sites, so I thought I would put together a summary of how my tips have done so far, so you can see just how much you could have won.

During the month of August I provided a total of 22 tips with 4 winners, 1 placed, 13 losers, 3 ante post bets to be settled at the end of the football season and 1 non-runner, If you backed all of the tips provided at £10 per point, you would have walked away with a profit of £245.00. 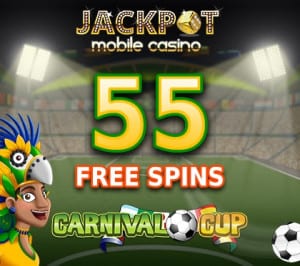 The first return of the month came in the US PGA Championship golf tournament, where Brendan Grace almost defied his 80/1 odds to lift the trophy but unfortunately found the inform Jason Day too hot to handle, at 0.25pt e/w he returned readers a profit of £50 to a £10 per point stake.

The biggest winner of the month came in the Horse racing in York’s Ebor Festival, where Mecca’s Angel defeated the well backed Acapulco in the Nunthorpe Stakes to leave backers revelling in great delight, tipped 1 pt e/w @ 12/1 Mecca’s Angel returned a neat 15 point profit. Mecca’s Angel was also my first tipped winner for cashoutbettingsites.co.uk’s readers so her victory will always stick in my memory.

My first football winner was Pedro to score anytime on his Chelsea debut at 7/2, his big money move was one that many fans believed Chelsea needed at the time and given his first game against West Brom it didn’t take long for him to make an impact, scoring after just 20 minutes for his new side.

The 29th August was a great day for readers with two out of my three tips coming up trumps, as Raheem Sterling scored his first goal for Manchester City and more importantly the first in the match against Watford, this goal returning a nice price of 6/1 but arguably my proudest tip so far is Tottenham v Everton – No Goalscorer coming in at 11/1.  It is tough enough to advise winning tips but I hope that readers read the reasons behind my views as it pretty much turned out exactly as planned.

Please see below all August tips;

Here’s hoping for the same, if not better over the coming months.